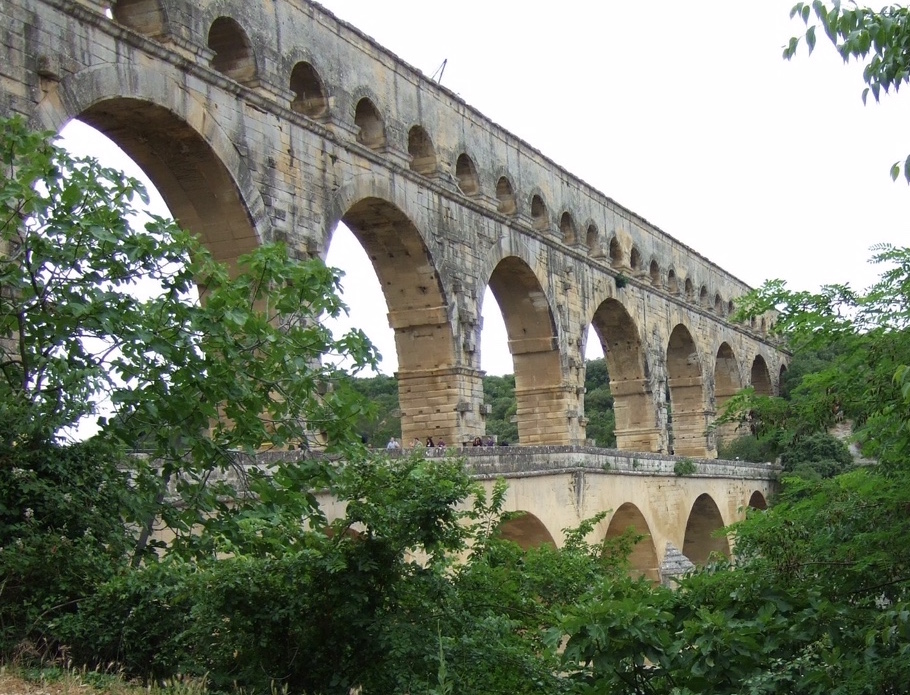 The Illustrious Dead: The Terrifying Story of How Typhus Killed Napoleon’s Greatest Army – Stephan Talty.  Stephan Talty is a talented writer who weaves the riveting tale of Napoleon’s defeat at the hands of the Russian army and, perhaps more importantly, a typhoid epidemic.

Americans in Paris: Life and Death Under Nazi Occupation: 1940-1944 – Charles Glass.   Mr. Glass provides a glimpse into the actions of Americans who lived under Nazi Occupation in Paris.  Some became collaborators, others became prisoners, and the most inspiring were heroes of the resistance.   Travel Inspiration: The city of Paris itself. Beautiful parts of Paris were supposed to be destroyed as the Nazis withdrew at the end of the war, but the orders were disobeyed.

A Train in Winter: An Extraordinary Story of Women, Friendship, and Resistance in Occupied France – Caroline Morehead.  This is the powerful story of the fate of more than 200 women who resisted the Nazis in occupied France.  Travel Inspiration: There are few travel experiences as important as visiting Auschwitz and other Nazi death camps.

The Widow Clicquot – The Story of a Champagne Empire and the Woman Who Ruled It – Tilar Mazzeo.  I adore champagne and strong-willed female role models, so I thoroughly enjoyed The Widow Clicquot.  The author details the life of Barbe-Nicole Clicquot Ponsardin, who built the Veuve Clicquot champagne empire in the 1800s after her winemaker husband’s death.   Travel Inspiration:  I toured the Veuve Clicquot cellars, a UNESCO World Heritage site, in Reims, France.

Marie Antoinette: The Journey – Antonia Fraser.  As the title foreshadows, this book is a biography of Marie Antoinette, and the author expertly draws the reader into the life of this famous and doomed monarch.  Travel Inspiration: I spent a delightful afternoon at Marie Antoinette’s Petit Trianon at the Palace of Versailles followed by a bike ride of the grounds.  The Petit Trianon is a welcome respite from the crowds at Versailles, because most tourist groups do not venture far from the Palace.

The Hôtel on the Place Vendôme: Life, Death, and Betrayal at the Hotel Ritz in Paris – Tilar Mazzeo.  Please note this the second book on this list by Tilar Mazzeo.  He is a fantastic writer of non-fiction.  Mr. Mazzeo provides captivating insights into the intrigues, occupants, and history of the Ritz Hotel during World War II.  Travel Inspiration: I took a Coco Chanel tour in Paris.  Coco Chanel lived at the Ritz Hotel and plays a prominent role in The Hôtel on the Place Vendôme.

Suite Française – Irène Némirovsky (Fiction).  Suite Française is one of the most haunting, beautifully written books I have ever read.  Set in France during World War II, it tells the story of a woman fleeing Paris in advance of the Nazi occupation and her subsequent life in an occupied village.  Ms. Némirovsky never completed the novel, because she was murdered at Auschwitz.

My Life in France – Julia Child.  I don’t know how to cook, but I think Julia Child is Fab.U.Lous.  In My Life in France, Julia Child explains how she became a chef against all odds while living in France with her husband after World War II.  Pique your interest by watching Meryl Streep portray Julia Child in the movie Julie & Julia, and then read this book.  Travel Inspiration: Fans of Julia should visit the Julia Child’s Kitchen at the Smithsonian National Museum of American History in Washington, DC.

A Year in Provence – Peter Mayle.   Will we ever know how many people visited Provence due to this book?  Mr. Mayle, who recently died, published his account of renovating a 200-year-old house in Provence, France.  His book introduced me to the travel memoir genre.  Travel Inspiration: Drinking a provencal rosé at the advice of Mr. Mayle in a gorgeous restaurant in Avignon, France.  I also enjoyed his other books on Provence including Toujours Provence and Encore Provence.

Paris: A Love Story – Kati Marton.  Widowed by the death of her famous diplomat husband, Richard Holbrooke, Ms. Marton travels to Paris, a city that she seems to view as a second home.  As I read this book, I lost my beloved grandmother without much warning.  Ms. Marton’s eloquence about love, life, loss and travel helped me through my own grieving process.  Sometimes, a book comes into your life at exactly the right time.

Almost French: Love and A New Life In Paris – Sarah Turnbull.  I am a sucker for books written about Americans packing up and moving to Paris.  Why? Because I want to move to Paris!  However, it seems self-serving to love only books about other Americans bumbling through France.  So, I am recommending Almost French, which was written by an Australian!  Ms. Turnbull does a fine job of discussing the ups and downs, the trials and tribulations, and the wonders of living in Paris.

L’Appart: The Delights and Disasters of Making My Paris Home – David Lebovitz. Anyone who has ever dreamed about becoming an expat, moving to Paris, and buying and apartment should read this book.  As someone who went through a year of home renovation myself, I found this book to be both delightfully funny and horrifyingly captivating.

Me Talk Pretty One Day – David Sedaris.  Portions of this essay collection cover David Sedaris’s move to France.  I listened to the collection in my car during my commute.  I laughed so hard at his description of learning French that I had to pull to the side of the road.

Pancakes in Paris: Living the American Dream in France & Let Them Eat Pancakes: How I Survived Living in Paris Without Losing My Head – Craig Carlson.  Many Americans imagine themselves moving to Paris and setting up a new life and business.  Craig details his adventures of opening his restaurant, Pancakes in Paris, where diners can experience a real American breakfast in Paris.  He is brutally and delightfully honest about the joys and pitfalls of living your dream.

French By Heart: An American Family’s Adventures in La Belle France – Rebecca Ramsey.    Ms. Ramsey’s memoir details her family’s temporary move to France due to her husband’s job.  She rents a home, copes with the school routine, and must figure how to fit into her new world and culture.

I’ll Never Be French (no matter what I do): Living in a Small Village in Brittany and (Not Quite) Mastering the Art of French Living – Mark Greenside.  As demonstrated in this reading list, many memoirs of France begin with an expat from a foreign land chucking caution to the wind, buying a crumbling property while on vacation, and spending a year(s) comically battling French bureaucracy and customs to create their dream life.  Mark Greenside’s books are no exception, but they were delicious.

Flirting with French: How a Language Charmed Me, Seduced Me, and Nearly Broke My Heart – William Alexander.  Mr. Alexander explores whether an adult can become fluent in a foreign language — in this case French.  He not only details his personal ups and downs in learning French, but shares his academic research into language learning theories.  In the first chapter, much to my surprise, he interviewed my former German professor at an academic conference.  My German professor terrified me, so I was oddly fascinated to read her opinions on the topic.

My Good Life in France: In Pursuit of the Rural Dream and My Four Seasons in France: A Year of the Good Life – Janine Marsh. Brits Janine Marsh and her husband purchase an extreme “fixer-upper” house in rural France on a whim.  In the first book, she describes the labor of love required to make this house into a home while traveling back and forth between England and France.  In My Four Seasons, the couple have transitioned to living full-time in France.  Ms. Marsh describes her life, neighbors, and adventures in captivating and endearing detail.

Bonjour Kale: A Memoir of Paris, Love and Recipes – Kristen Beddardd. When Kristen’s husband relocates the family to Paris for work, she discovers that kale is missing from the markets and stores. This is the story of her quest to bring kale, a forgotten vegetable, back to Paris.

Paris on Air – Oliver Gee. Oliver, an Australian and a journalist, moves to Paris for work. In Paris on Air, Oliver details his challenges and victories as he learns the culture of Paris. He eventually starts his own podcast. Travel Inspiration: Oliver rents a castle on airbnb for his 30th birthday, because, apparently, that’s what the kids do in Paris. I am pretty sure I am now going to rent a castle in Paris when this stupid pandemic ends…