The excitement along Main Street is palpable.  It is 6:00 PM on July 2nd, and groups of families and friends are already camped out in lawn chairs lining the sidewalks.  At 7:00 AM on July 3rd, and not a minute before, they will be allowed to stake their spot for the Huntington Beach July 4th parade with chalk, chairs, lawn stakes and police tape. 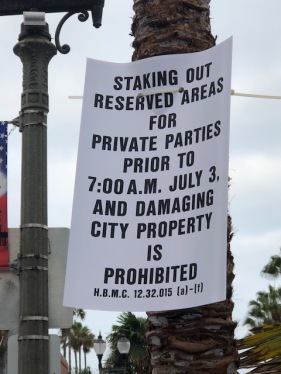 Some people cheat and start to mark their parade-watching spot at 4:00 or 5:00 AM.  The police roll by, yell at the cheaters over their loudspeakers, and tell them to cease and desist their criminal activities.  Meanwhile, the patient, law-abiding citizens sip their coffee, eat their donuts, and cheer on the police, who are clearly performing their most important law enforcement function of the year.  It’s all part of the tradition. 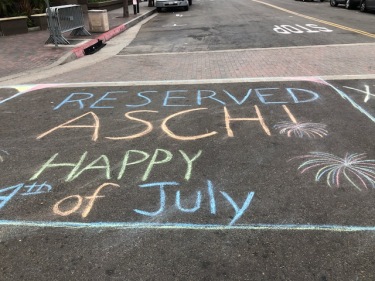 Huntington Beach hosts the best July 4th party in the United States.  Hands down. No contest.  Seriously, there was no contest. We just declared ourselves the winners.

For example, Huntington Beach, otherwise known as Surf City, boasts that it sponsors the largest July 4th parade west of the Mississippi.  I don’t know how the city judges this.  Was there an actual competition?  Did all the mayors in the western United States get together to compare statistics?  It doesn’t matter.  There is a good chance this claim is true, because Huntington Beach goes absolutely crazy celebrating American Independence Day. 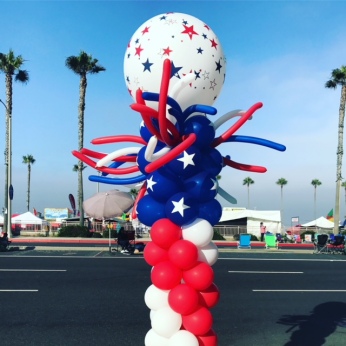 The parade, which debuted in 1904, is only one part of the July 4th celebration in Huntington Beach.  How can I say this politely?  It’s not the New Year’s Rose Bowl Parade in Pasadena, where the intricate floats are a marvel of artistry and engineering, and every year is an opportunity to outshine the last.  Huntington Beach instead hosts a quintessentially beach town parade that doesn’t get too fancy.

Since I started watching the parade over a decade ago, it hasn’t changed much. I could narrate the two-hour parade blind-folded.  Yet, every year, we shut down the streets and joyfully show up with hundreds of thousands of families, friends, tourists, and alcoholic beverages.

Yes, I said alcoholic beverages.  That’s really how the day kicks off, even though alcoholic beverages are illegal along the parade route.  Oh, those poor police.  They try so hard to keep us in line, and what do they get in return?  Thousands of otherwise upstanding parents drinking cocktails from water bottles and thermoses at 10:00 AM. 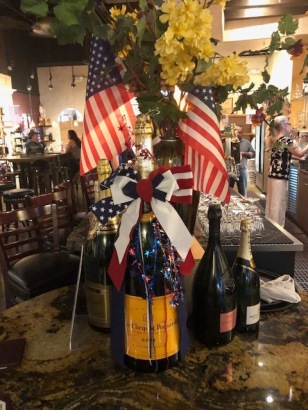 Wait, let me backtrack.  There are three ways to start the holiday in Huntington Beach.

1) The city holds a 5K race every single year.  It begins at 7:00 AM.  Presumably, the participants are not drinking.  Yet.

2) Local organizations sponsor a large pancake breakfast in the park from 6:00 to 10:00 AM on Main Street for $5 per person and sell American flags to wave at the parade.  The whole scene is rather  Norman Rockwell-esque.  Clearly, the pancake breakfast is the choice for families, because no alcohol is served.

3) Almost every home, hotel and bar in downtown Huntington Beach hosts some type of pre- or post-parade drinking party.  If guests want to show a little decorum, they will start with a bloody mary or a mimosa, but anything goes. 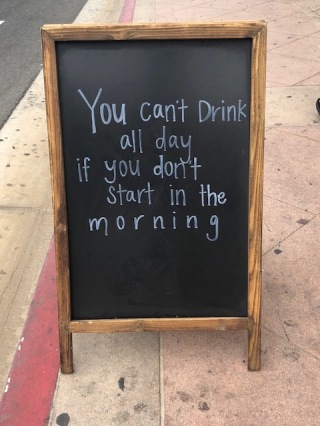 Words of wisdom from a Huntington Beach establishment.

Some people manage all three activities.  By 10:00 AM when the parade starts, my neighbor has run the race, volunteered at the pancake breakfast, and hosted a cocktail party.  It’s not a sleeping-in holiday.  July 4th in Huntington Beach is not for wimps.

After the parade ends at noon, the pace of the day slows down a bit.  Parents from neighboring cities take their small children home for naps.  Tourists and visitors meander down to the beach for a lazy afternoon of picnics, ice cream, bike rides, and swimming.  Local residents attend one of the many barbecues hosted throughout the neighborhood, which is festooned in red, white and blue decorations.  This is the stuff of movies and songs.  This is summer in an American beach town. 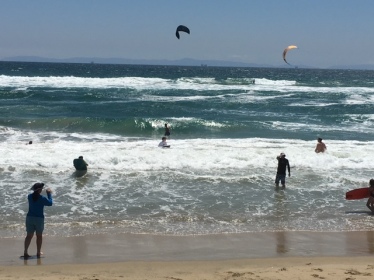 As the sun sets, all eyes turn towards the sky for the brilliant fireworks display over the ocean.  I lived for over decade in Washington, D.C., and I once spent July 4th watching fireworks from the White House lawn.  Believe me when I say that nothing can beat fireworks from the Huntington Beach pier.  Thousands of people stretch out on beach blankets as far as the eye can see.  The lights dim, an announcer narrates the spectacular fireworks, and choreographed music brings out the patriotism in even the greatest cynic. 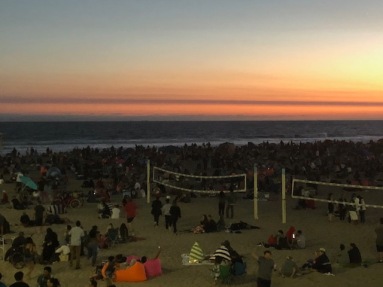 By 9:45 PM the official fireworks have ended, and the crowds begin to disperse.  The holiday continues as the  locals are “treated” to an all-night barrage of noisy, illegal fireworks blasting through the night sky.   Exhausted and satisfied, the city finally sleeps in the wee hours of the morning.

This is a text widget. The Text Widget allows you to add text or HTML to your sidebar. You can use a text widget to display text, links, images, HTML, or a combination of these. Edit them in the Widget section of the Customizer.
Loading Comments...
%d bloggers like this: